Many people seem to think that the US Navy has more planes than the US Air Force. But is this commonly held belief true?

While the US Navy has the world’s largest naval fleet, it does not have more planes than the US Air force. The US Air force has 5,300 aircraft to the Navy’s 3,700.

Let’s take a look at why this myth continues to persist, and the differences between the planes that these two armed forces use.

Does the Navy Have More Planes Than the Air Force?

No, the Navy does not have more planes than the Air Force. The US Air Force has 5,300 aircraft, making it the largest military aircraft fleet in the world.

Meanwhile, the US Navy has 3,700 aircraft, which surprisingly to many actually makes it the second-largest air force in the world.

The US Air force has aircraft ranging from trainers to air superiority fighters, bombers, and cargo airplanes.

In contrast, US Navy planes are usually trainers and carrier-based fighters, in addition to some utility-based aircraft for special operations.

Sometimes both military wings will use different variants of the same aircraft.

For example, the Bell Huey and F-35 have separate variants for the US Navy and US Air force.

Why Do People Believe That the Navy Has More Planes Than the Air Force?

Primarily, this misunderstanding is because the US Navy possesses the largest naval air force in the world.

So, people assume that means the Navy has the largest number of military aircraft in the world.

This misconception is further compounded from popular TV shows and movies portraying the US Navy and its naval air force as much larger than it actually is.

For example, movies like Top Gun portray US Navy pilots as much more important than they actually are (at least compared to USAF pilots).

Another possible reason is because the US Navy conducts more aerial combat missions than the US Air Force, which gives the US Navy a greater sense of importance in public perception.

What Aircraft Does the US Navy Use?

The Navy’s aircraft need is primarily related to sea-borne operations.

The US Navy requires planes to either fly off carriers for military or surveillance purposes, or to protect and support navy ships.

The Boeing F/A-18E and F/A-18F Super Hornets are a line of twin-engine, carrier-capable fighter aircraft.

The F/A-18E/F’s cockpit is equipped with a touch-sensitive control panel and a larger LCD for displaying combat-related information.

Each engine provides a thrust of 22,000lbs, and combined with afterburn, the aircraft can fly at speeds exceeding Mach 1.8.

The purchase cost of each Super Hornet is approximately $67 million.

The E02 Hawkeye is an all-weather aircraft that’s used by the US for a multitude of roles:

The Hawkeye is mostly used by the Carrier Strike Group and Joint Force Commander.

The plane’s command abilities has led it to being a multi-mission platform.

The C-130 Hercules is a transport aircraft that’s widely used by both the US Navy and Air Force.

The C-130 can carry large amounts of cargo, ranging from personnel to small utility helicopters, armored vehicles, and lightweight cargo.

The US Navy recently replaced their aging C-130Es and several of their C-130Hs with the new C-130J.

The new variant has lower operating and support costs, in addition to better equipment than the previous variants.

What Aircraft Does the US Air Force Use?

The US Air Force’s objective is to achieve air superiority in combat regions and provide aerial support to US land forces in military situations.

Unlike the US Navy, the air force doesn’t operate its aircraft from carriers, nor are their aircraft designed to operate around naval regions. As such, their focus is aerial combat and utility.

The Lockheed Martin F-22 Raptor is an American-made single-seat fighter aircraft that was specifically developed for the US Air Force.

The F-22’s impressive stealth, speed, and advanced radar technology lends it to being an excellent long-range air-to-air and air-to-ground aircraft.

The F-22 has high-end sensory capabilities, integrated avionics, advanced weapons, and situational awareness facilities that leave it as the ultimate weapon against most threats.

Although the official cost of the F-22 is not publicly disclosed, it’s assumed to have an estimated cost of $170 million.

The B-2 Spirit is a strategic long-range heavy bomber that’s designed to penetrate air-defense shield systems.

It’s capable of conducting all-altitude attacks up-to an altitude of 50,00ft with a range exceeding 6,000 nm when unfilled and over 10,000 nm when refueling.

Technically, a B-2 Spirit could fly to any point on the earth in hours.

The B-2 Spirit carries all weapons internally within 2 weapons bays in the aircraft’s center.

The aircraft can carry up-to 40,000 lbs of weapons, including both conventional and nuclear weapons.

For those reasons, the B-2 Spirit is considered one of the US Air Force’s most dangerous bombers.

The U.S. has built 21 Stealth Bombers.

The F-35 is a multirole stealth aircraft that was developed for both the navy and air force, in addition to other NATO countries and US allies.

The US Navy and Air Force both have separate variants of the F-35.

The Naval version is designed to be used for carrier operations, so its internal structure is stronger, as it is designed for taking off and landing from naval carriers.

The F-35’s weapons are stored in two parallel weapons bays located in front of the aircraft’s landing gears.

Each bay has two hardpoints for carrying bombs and missiles.

its official cost is not publicly disclosed, the F-35 likely costs between $85 to $115 million. 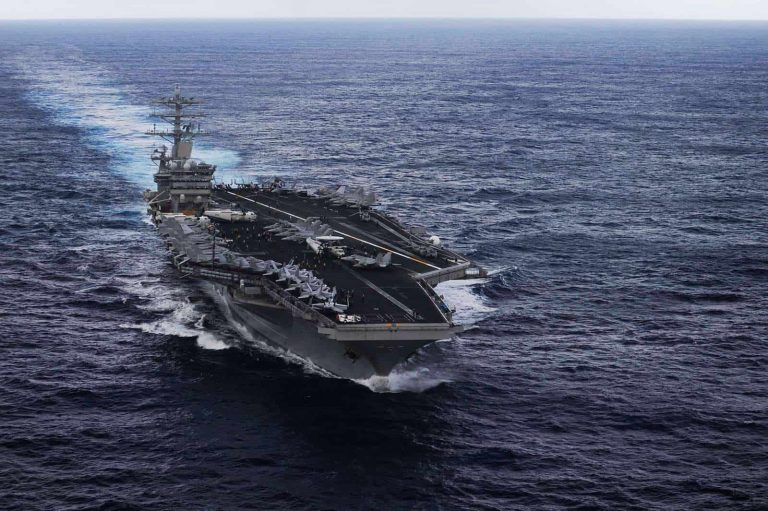 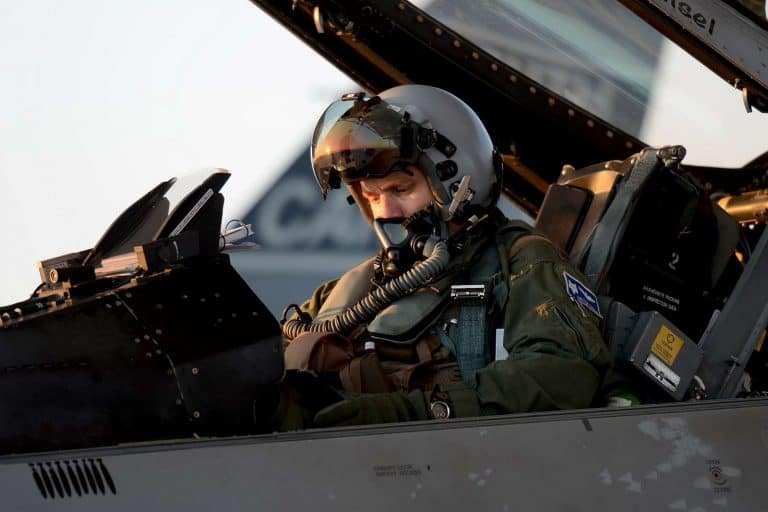 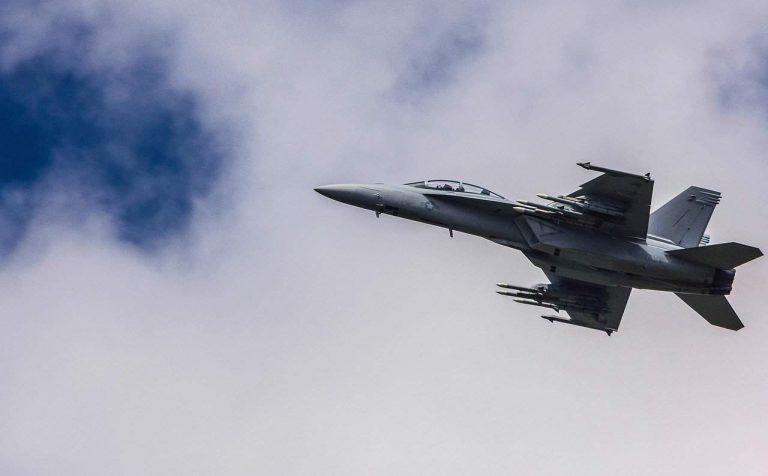 What Does Bingo Fuel Mean? 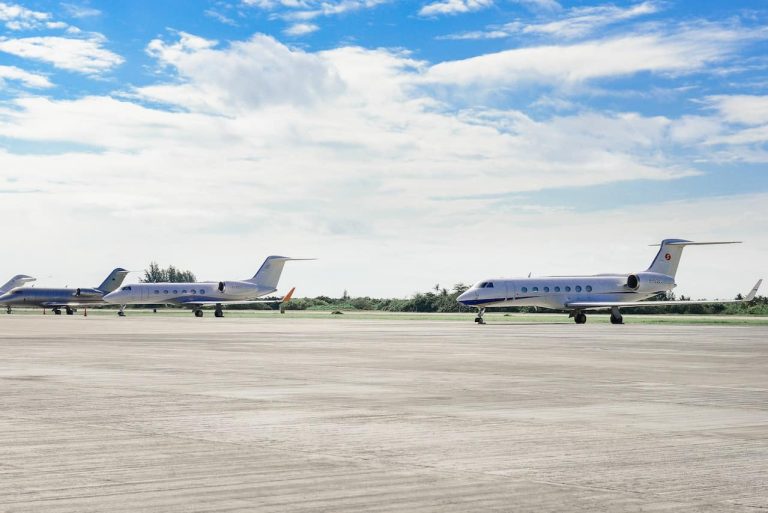 How Do Former Presidents Fly? 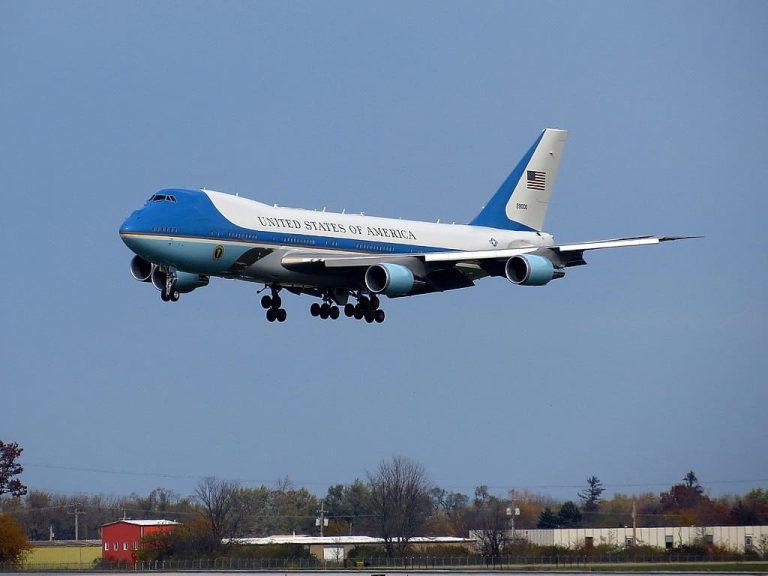 Does Air Force One Have Weapons? 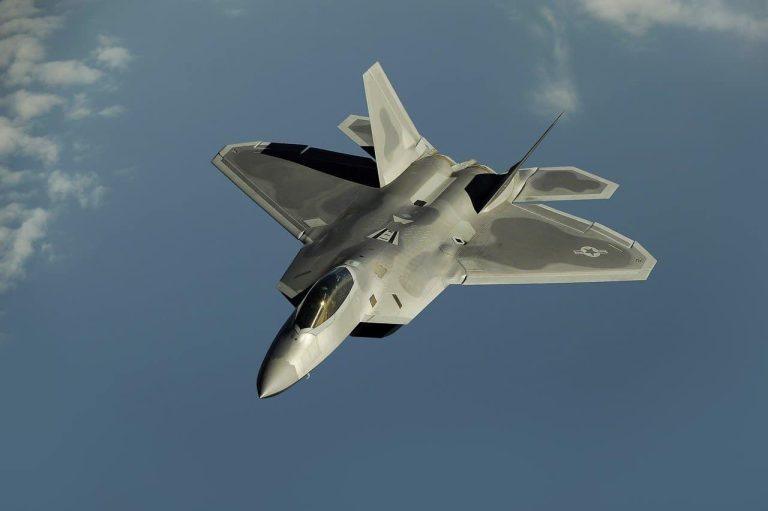 How Much Does an F22 Raptor Cost?