If you’re a parent anxious about your baby crying during an upcoming flight, or you’re wondering why that baby you were sitting next to on your last flight couldn’t stop crying, you probably want to know why it happens and what you can do about it.

Babies cry on airplanes mostly because they experience pain in their ears from the change in air pressure in the cabin.

As babies have more sensitive ears than adults, their ears also hurt more from this change is air pressure.

Babies also cry on planes for other reasons, like a soiled diaper that needs changing or because they’re hungry or cold.

The best seat for a crying baby on a plane is at the back due to it being the loudest part of the plane and because there are usually fewer people sitting at the back.

Parents can calm their babies during a flight by feeding them, playing with them, or putting them to sleep.

While a very rare occurrence, parents and their children may be kicked off a plane if they fail to keep them calm.

Babies cry on airplanes because the cabin pressure presses down on their ears.

A baby’s ear is more sensitive than an adult’s, especially their middle ear, which isn’t good at pressure equalization.

A baby’s Eustachian tube doesn’t function as well as an adult’s, so a baby feels more external pressure in a pressurized plane cabin, which hurts their ears.

Babies experience the most pain during descent because the air equalization process is at its most challenging then.

Babies could also cry because of other reasons, like hunger, cold, and a diaper that needs changing.

How to Stop a Baby From Crying When Flying?

There are a few ways to stop a baby from crying on a flight, ranging from feeding the baby to distracting them.

For example, if old enough to understand, you could tell your baby to close his or her mouth and hold their nose while also asking them to blow through their nose as hard as they can.

This is known as the Valsalva maneuver, which transfers pressure from the ears to the nose to help equalize pressure in the middle ear.

You could also feed your baby when the air pressure and congestion are at their worst, during takeoff and landing, because this can take their mind off the pain.

You could also distract a baby with toys or bounce them on your lap.

Placing ear muffs over your baby’s ears is another good option.

In any case, you should remain calm while attempting to calm down your baby to prevent them from crying more.

Where is the Best Place to Sit on a Plane With a Baby?

The back row of a plane is the best place to sit with a baby.

The back row of a plane is the closest to the galley, so it’s the easiest to get up and walk around with your baby.

The back row is also the closest to the plane’s bathroom if your baby needs a diaper change.

The back row also has the most privacy, so there will be fewer people judging you for having a crying baby.

Additionally, most people also prefer sitting nearer the front of a plane, so it’s more likely that there will be empty seats at the back.

A flight attendant could bring toys or other things to help keep a baby distracted.

They could change the parent’s seats and provide nearby passengers with earplugs.

The flight attendants could also ask nearby passengers to remain calm if a baby is crying excessively and start getting frustrated.

How to Ease a Baby’s Ear Pressure When Flying?

You can ease a baby’s ear pressure by breastfeeding them or giving them pacifiers.

You could also give sugar-free gum to suck on, though this is only recommended if a child is at least 5 years old.

Giving your baby plenty of fluids is also effective in unclogging their ears.

Also, don’t let your baby sleep during the plane’s takeoff or landing because babies swallow more when they’re awake, easing their ear pain.

Another way to ease your baby’s pain is to give them acetaminophen or ibuprofen 30 minutes before takeoff.

Can You Get Kicked Off a Plane for a Crying Baby?

Parents have been kicked off flights for having a crying baby, though it is rare.

In such cases, the flight attendants report the issue to the captain, who has the final say on the matter.

The captain would turn around and order the parents along with the crying infant off the flight.

This reportedly happened to a Canadian musician, Sarah Blackwood, who was removed from a United Airlines flight with her two-year-old son.

The child was loudly crying and running back and forth on the plane, and his mother failed to calm him down.

The flight attendants warned her that she could be removed if the child did not quiet down.

She has later kicked off the plane for failing to calm and quieten her child.

Should Babies Be Banned From Planes?

There are good arguments for both sides of this debate.

Some people believe that babies should be removed from business and first-class cabins, since those passengers pay a premium for extra comfort.

Others argue children shouldn’t be allowed on flights at all. But, realistically, it’s not possible to ban babies from flying.

Many families travel together as a family for important events.

It’s also not possible for many families to leave their babies behind.

Depending on the age of the baby, parents also pay for their babies’ seats on a flight, so airlines would lose revenue. 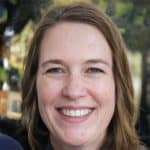