Introduced by the FAA in 2013 and disliked by practically all pilots, the 1,500 Rule requires a pilot to accrue 1,500 flight hours to be eligible for an airline transport pilot license.

While there are several ways a pilot can build up their number of flight hours, some options are better than others.

Let’s take a look at a few of the best.

Take a look at any flight school and you will see the pattern of usually young, recently acquired commercial pilot license holders instructing students.

This is for good reason, as the most common way pilots who want to get to 1,500 flight hours as quickly as possible is by becoming and working as a Certified Flight Instructor.

Besides being highly rewarding and accumulating hours quickly, the benefit of being a flight instructor is that there is no better way to practice and master your skills while getting paid.

However, keep in mind that according to FAR 61.195, “In any 24-consecutive-hour period, a flight instructor may not conduct more than 8 hours of flight training.”

Banner towing might not exactly be the most glamorous of roles, but can be a good one for pilots who want to reach 1,500 flight hours sooner rather than later.

Flying low and slow over the same routes day-in-day-out might not be much fun, but it usually involves 8 hours in the air each day and is great for improving your stick and rudder skills.

One caveat is that on days with poor weather or high winds, you might not fly at all.

The jump from 250 hours for a CPL to 1,500 flight hours for an ATPL is no small feat, especially if you are unable to devote all your time to working as a commercial pilot, or don’t have the privilege of owning your own plane. 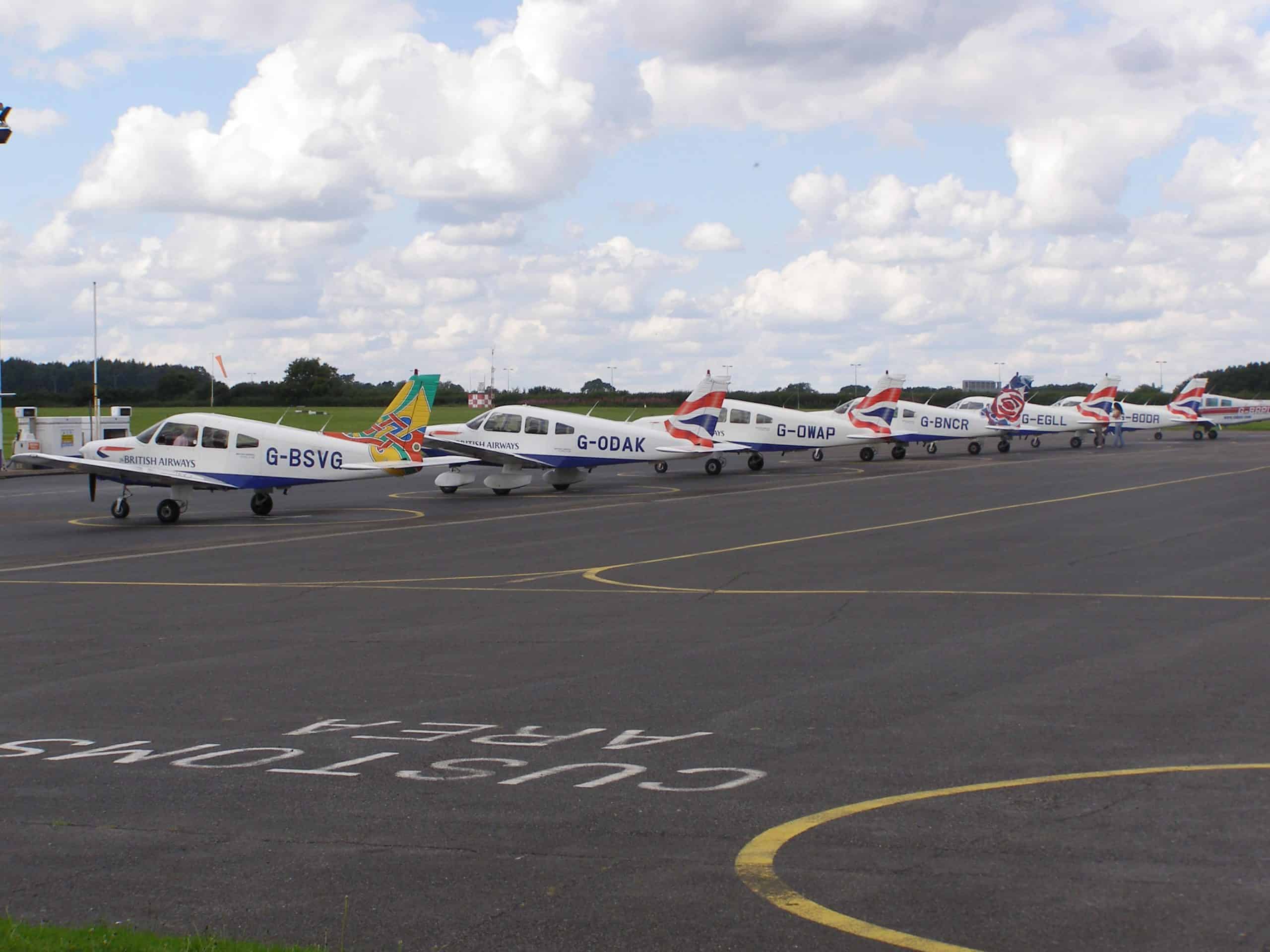 If this sounds like you, joining a flying club can be a good choice thanks to its more economically friendly flying options, which will almost certainly be lower than the rates offered by flight schools.

Another popular option to build flight hours is to fly skydivers, though it can be quite demanding and requires good multitasking.

Due to constantly taking off and landing, with changing wind conditions and load size, and having to maintain excellent control of the aircraft too, your skills will undoubtedly improve if you take on a skydive jump pilot role.

However, you can also burn out quickly, and won’t have the opportunity to fly cross-country or at night.

Due to the rewarding nature of the job, becoming an air tour pilot can be a great way to log flight hours.

It’s also nice to see that every time you take flight, your passengers will have a smile on their faces as they eagerly anticipate the flight.

Just keep in mind that how quickly you will be able to build flight hours will mostly be down to seasonality and your location.

If you don’t live in a scenic hotspot, you’ll probably be better off choosing a different role.

You might not immediately be able to fly for a Part 135 operator, but if the quality of hours is more important to you than quantity, it’s definitely something you will want to do.

Not only will you build flight time, but you will also learn many valuable skills that you will need for the airlines.

You will be flying with other crew members to a schedule and in busy, hub-oriented airspace, as well as dealing with passengers, ground crew, dispatch, and more.

There are other ways to get to that magic number of 1,500 flight hours, including becoming a ferry pilot, through aerial work other than banner towing (crop dusting, aerial photography, fire fighting), flying for Civil Air Patrol, or even by joining the military.

However, the six ways listed above are what we consider the most feasible and quickest way to get to 1,500 flight hours. They are generally preferred by most pilots too.

How long it takes to get to 1,500 flight hours can vary depending on the path you take to build the hours.

Generally, if done full time, it will take you 3-4 years to get to 1,500 flight hours – and you will reach the necessary hours more quickly if you work as a flight instructor instead of for a Part 135 operator.

How much it costs to get to 1,500 flight hours depends on the path you take, as well as the cost of your training, that will vary by flight school.