Modern airplanes are designed to handle thunderstorms and can mostly safely fly through or at least around them, but if a plane is on the ground and therefore yet to take-off, it may not be allowed to do so until the thunderstorm passes.

Therefore, while flights can be canceled due to thunderstorms, it is more common that a flight will be delayed while air traffic control waits for the thunderstorm to pass.

Why Aren’t Planes Allowed to Take Off in Thunderstorms?

While commercial airliners like the Boeing 747 can safely fly through (though this will still want to be avoided) and even rise above thunderstorms by climbing to an altitude that is above turbulent cloud tops, planes on the ground are more or less stuck waiting for the thunderstorm to pass.

This is because taking off is one of the most dangerous parts of flying.

So when you combine one of the most challenging parts of flying – the takeoff – with adverse weather conditions such as a thunderstorm, the risk becomes too great to take.

The cause of the Delta Flight 191 crash, which killed 136 of the 163 occupants onboard, was down to loss of control due to a microburst during takeoff, resulting in runway undershoot.

Due to the plane crash, pilots were to react to microbursts and to quickly take evasive action as part of their training.

Most passengers question if a plane can fly in the snow in the winter months and if their flight will be canceled because of it.

But many people don’t consider the possibility of flight cancellations during the warmer months due to other weather conditions, such as thunderstorms.

As thunderstorms are more common in Spring and Summer, flight cancellations due to thunderstorms will occur most frequently over these six months.

However, thunderstorms can occur at any time of the year, meaning that flights can be canceled (or more likely flights will be delayed) due to thunderstorms during any of the year’s four seasons.

It is estimated that there are around 40,000 thunderstorms occurring around the world in any given 24-hour period.

The fact that pop-up thunderstorms can also occur with little notice and warning really doesn’t help things either when it comes to pilots wanting to yet being unable to take-off. 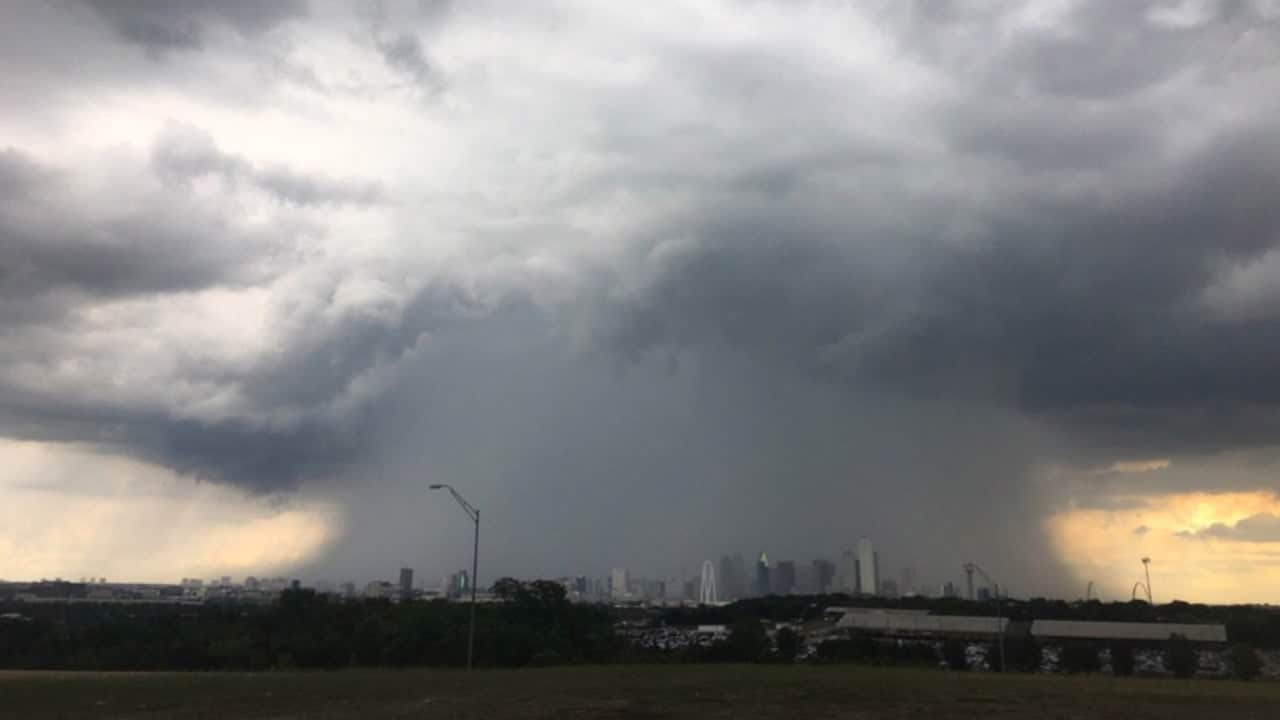 Due to the frequency and often unexpected nature of thunderstorms, as you can imagine, many flights a day can be affected by thunderstorms.

The good news, however, is that it is unlikely that your flight will be canceled due to a thunderstorm.

At best, you might incur a short delay while you wait for the thunderstorm to pass.

At worse, there will be a long delay due to planes already in the sky being forced to enter a holding pattern, away from the storms; this inevitably leads to a domino effect.

Only in rare circumstances, will a thunderstorm cancel your flight.