If you’ve ever wondered why planes leave trails, the answer is actually quite straightforward.

Planes flying at high altitudes frequently leave behind trails because of the difference in temperature between the plane’s exhaust and outside temperatures.

These trails, known as contrails, are harmless, but some conspiracy theorists believe that they contain dangerous chemicals.

The “chemtrails” conspiracy theory is widely discredited by both scientists and government agencies, but remains a popular claim.

Why Do Planes Leave Trails?

Airplanes leave trails because the water vapor in the plane’s exhaust condenses in the atmosphere and forms trails.

These trails are similar to why you’re able to see your breath in the cold sometimes. Jet exhaust also contains soot, which helps condense the water vapor.

The thickness and duration of the trails mostly depends on the plane’s altitude and weather conditions.

You can even predict the weather based on the nature and persistence of the jet contrails.

In contrast, a longer and thicker contrail implies humid air at higher altitudes, which indicates there may be a storm approaching.

3 Types of Contrails Planes Leave Behind

There are three types of contrails.

Short-lived contrails are bright white lines that immediately form behind a plane and last only a short while if the air is moist.

Some short-lived contrails disappear immediately upon forming, while others may last a few seconds to minutes.

Persistent non-spreading contrails form in moist air and remain for longer times after a plane can be seen in the sky.

These contrails last anywhere from a few minutes to more than a day, and they’re always shaped like a thin line.

Persistent spreading contrails also form in moist air, but they spread across the sky and become wide fuzzy lines over time.

Persistent spreading contrails may even appear like natural cirrus clouds over time, rather than looking like contrails at all.

Are the Trails That Planes Leave Behind Dangerous?

Some people claim that contrails are dangerous, and they contain chemicals that damage human populations.

These people believe that these chemicals are used for multiple malevolent purposes like population control, weather modification, or sterilization.

Chemtrail theorists aren’t confined to the United States either, almost 17% of respondents in an international survey confessed at least partly believing in a large-scale atmospheric program.

Yet, in 2016, the Carnegie Institution for Science completed a peer-reviewed study. 76 of 77 of the leading atmospheric scientists stated they found no evidence of a chemtrail conspiracy.

Apart from the claims of chemtrail conspiracy theorists, there is no evidence that the trails that planes leave behind are dangerous.

What is the Difference Between Contrails and Chemtrails?

Chemtrails are a conspiracy theory that states that long-lasting contrails contain undisclosed chemicals. These chemicals are supposedly sprayed over population centers and agricultural areas for malevolent purposes.

In other words, chemtrails are just contrails that supposedly contain additional chemicals for malevolent purposes.

Despite chemtrail conspiracy theorists being relatively popular, there is no evidence to support that chemtrails exist.

These experts claim that so-called “chemtrails” are, in fact, normal contrails made up primarily of water, in the form of ice crystals.

Why Do Some Planes Leave Trails and Others Don’t?

Generally, planes that fly at higher altitudes and use turbojet engines leave contrails.

This is because contrails most commonly form at altitudes near or above 35,000 feet and at atmospheric temperatures of -50°C or -58°F, which is the airspace and conditions that turbojet planes operate in.

Commercial and private airplanes, as well as military jets, use turbojet engines, so these aircraft are the most likely to leave contrails.

In contrast, turboprop aircraft fly at lower altitudes and use exhaust gasses to propel themselves.

As a result, these planes are unlikely to release enough exhaust or climb high enough for the temperatures to be best suited for creating contrails.

What Else Could Cause Planes to Leave White Smoke Behind Them?

There are three other possible causes of planes leaving behind white smoke.

These planes will use a fuel pump to shift oil from the tank to nozzles connected to exhaust points. The oil produces smoke when released from the nozzles.

Often, planes are used for releasing chemicals for practical tasks like crop dusting or putting out fires.

Often, these planes will release white smoke while doing so.

Crop dusting and fire fighting planes are most often seen leaving behind white smoke while working.

Engine smoke indicates a potentially dangerous emergency, and is sometimes mistaken for contrails by on-ground observers.

In conclusion, airplanes leave behind contrails because of the difference of temperature between airplane exhaust and the atmosphere.

Contrails are most often released by military jets or other aircraft with turbojet engines, since they fly at higher altitudes and at lower temperatures.

Although contrails are not dangerous, there is a chemtrail conspiracy theory that inaccurately claims that long-lasting contrails contain dangerous chemicals.

How Many Hours Do Flight Attendants Work?

4 Reasons Why You Can’t You Fly Over Antarctica? (And 4 Exceptions)

What Does Mayday Mean in Aviation?

How Many Laptops Can I Bring on a Plane?

Is a Purse Considered a Carry On?

Can You Check Into a Hotel Late? 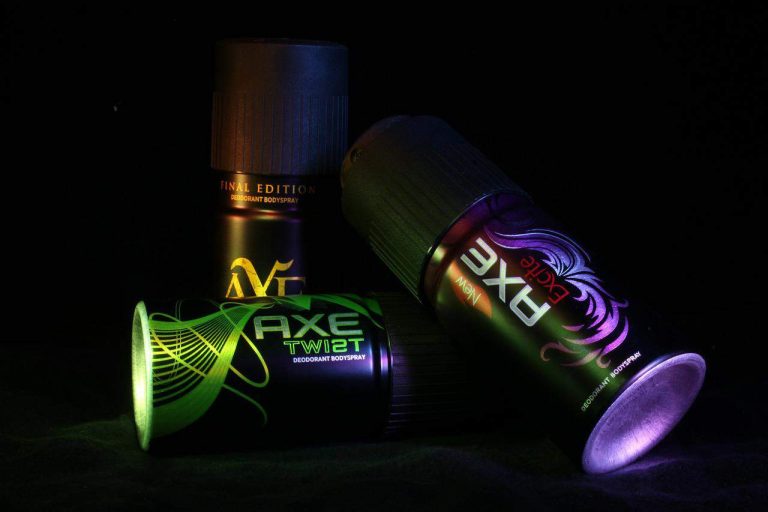 Can You Bring Deodorant on a Plane?